Should There Be Age Limits on Trick or Treating? With Towns Across The Country Considering Banning Teens From Participating, Will Your Hometown Be Next? 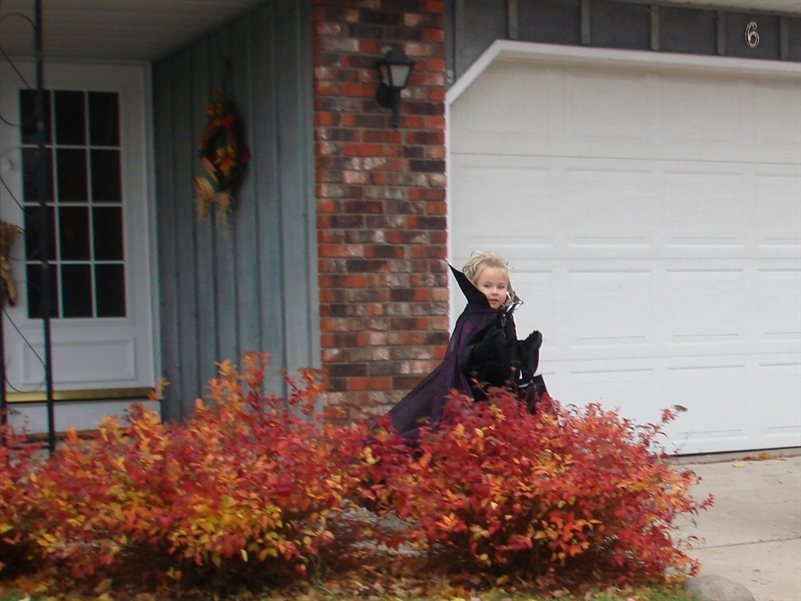 Do You Thing There Should Be an Age Cutoff for Kids & Teens Trick or Treating?
Photo by: Photo by Jim Trotter, via Flickr. (CC BY-SA 2.0)

It's a debate that's raged on for decades, but over the past few years, it's definitely become a hot button issue: At what age should kids & teens give up trick or treating?

The answers to that question range from "Let the kids enjoy the holiday as long as they want, teens should participate if they're not making trouble!" to "Trick or Treating should only be for the little ones, once you hit 13, you're pushing it," with countless opinions ranging anywhere on the spectrum from "all inclusive" to "little kids only".

Recently, the town of Bathurst, located in New Brunswick, Canada rolled out a proposed law that it would ban kids over the age of 16 from trick or treating all together, and impose a curfew of 7 PM for those 14 & up, and 8 PM for all trick or treaters. It's very likely that the law will pass, according to numerous local news outlets, and while New Brunswick might be a world away, this story has been in the spotlight all Halloween Season here in the States, and has pushed the idea of trick or treating age limits back into the public eye again this October.

Stateside, numerous towns have planned on imposing an age limit for trick or treaters, citing safety concerns, and concerns about misbehaving, masked teens on the loose. In Apex, North Carolina, there's a town ordinance stating that "No person over 12 years of age shall engage in the practice of "trick or treating" at any time" - gee, that sure does take the fun out of things! The town also imposes a curfew of 9 PM for trick or treaters, a bit more lax than our neighbors up north in Bathurst.

With Trick or Treating Age Limits on everyone's minds this year, even TIME Magazine covered the topic, bringing in an expert on manners to weigh in on the issue. When asked by TIME Magazine about trick or treating age cut offs, Lizzie Post, co-president of the manners & etiquette behemoth Emily Post Institute, Ms. Post says that all ages should be included, so long as teens aren't taking away from the younger kids' experience - so long as the teens are well behaved, she's all for having them participate!

With towns across the continent considering imposing trick or treating age limits, and even the most well-known etiquette experts on the fence, it doesn't seem like there will be a clear opion that everyone can agree on when it comes to trick or treating age cut offs - at least anytime soon.

It seems that opinions concerning both the age at which kids should stop trick or treating, and the time at which trick or treating should draw to an end vary wildly, but one thing's for sure - everyone has an opinion about this hot button Halloween issue.

Do You Think There Should Be Age Restrictions on Trick or Treaters? If So, What Age Should The Cutoff Be?
Let Us Know Your Thoughts in the Comments Below!

There are no comments for this article.

Get the conversation started below!